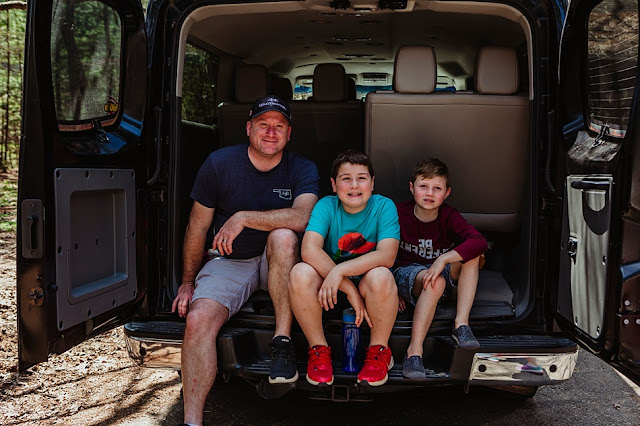 This weekend was one of the first extended weekends our little fosters have been with their Mom and Dad as they start to transition home soon. After almost 7 months of loving on these littles we as a family needed to go and do something fun for a little getaway . So Saturday morning we hopped in the van and headed to Robbers Cave State Park. It’s not quite 2 hours south of Tulsa and made for a great day trip for our crew. We packed a laundry basket of food and cooler full of drinks and hit the road. None of us had ever been there before which is always fun. We all got to explore and read maps together. This area of the state of Oklahoma is just beautiful!! Pine trees everywhere and I know they were just large hills but it felt like the mountains if you use your imagination! 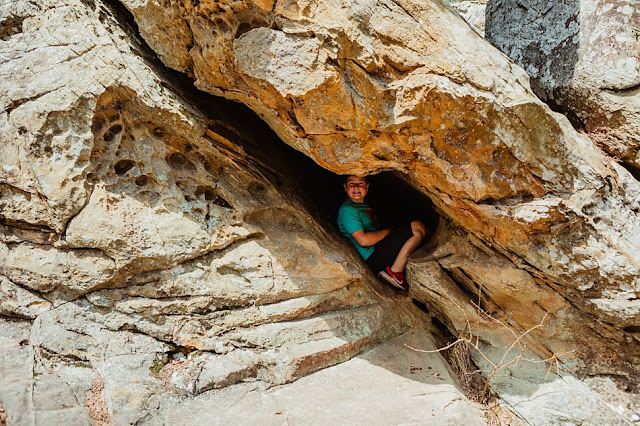 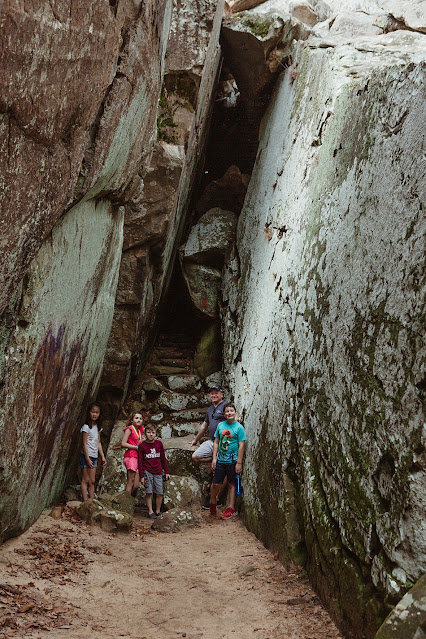 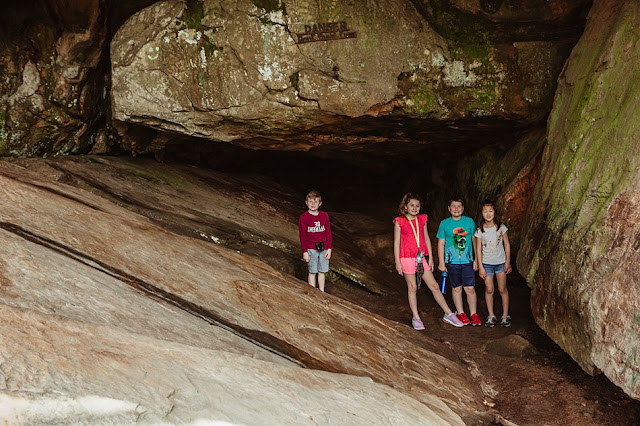 On the way down we filled them in about the characters best known for staying in these caves ... Jesse James and Belle Starr being two of them! We didn’t find their lost gold but did climb all over their hideouts! Luke chasing down all the lizards. 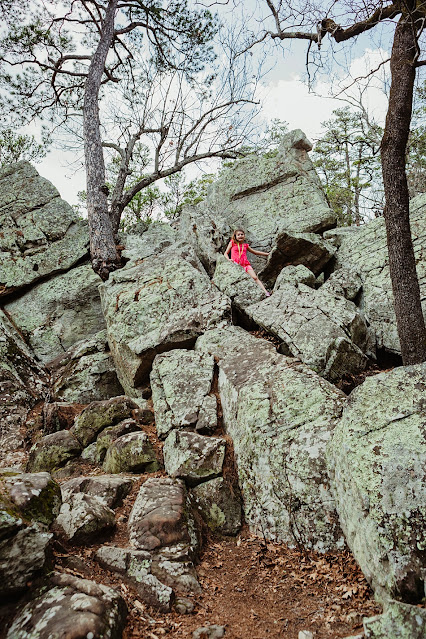 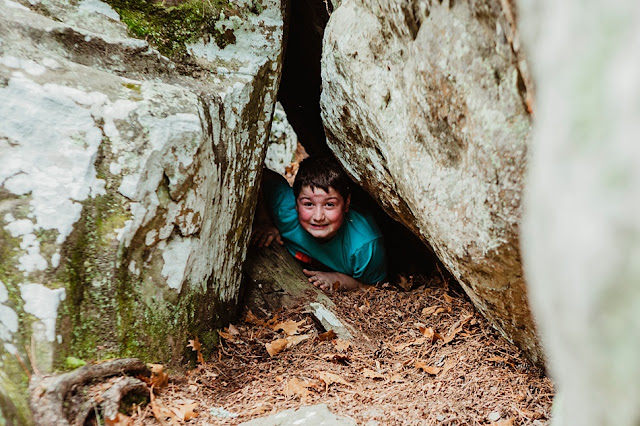 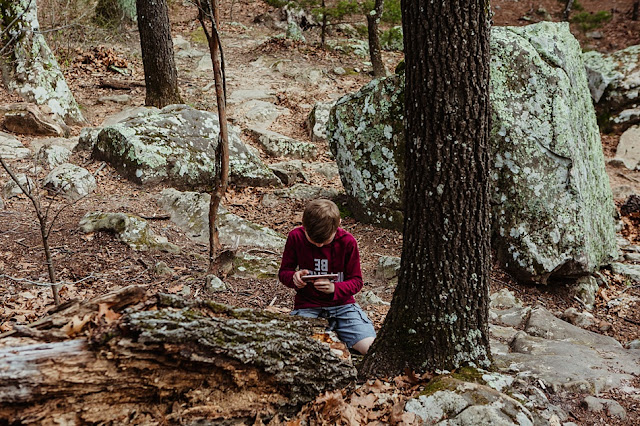 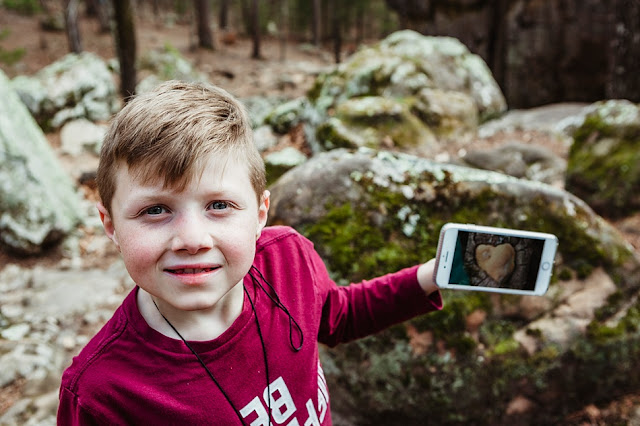 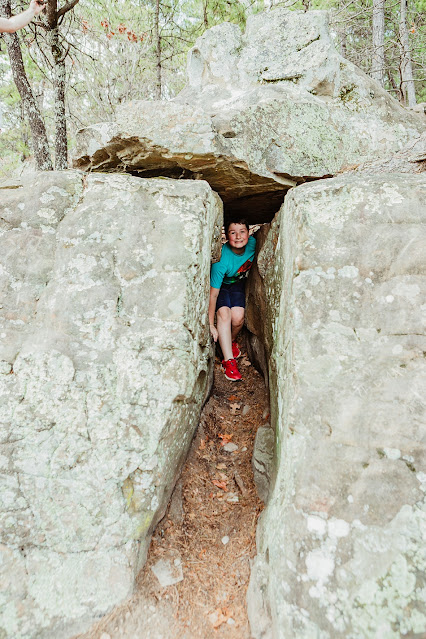 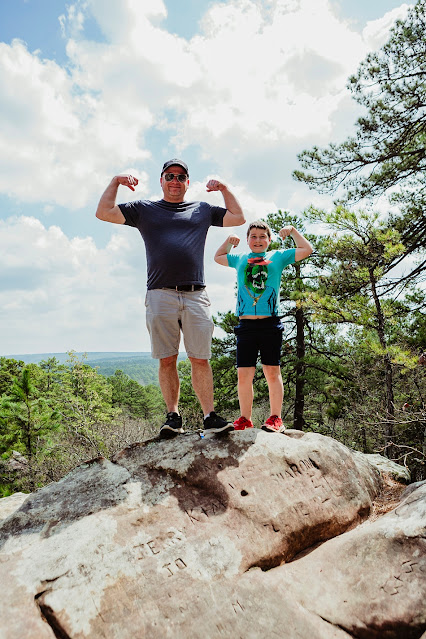 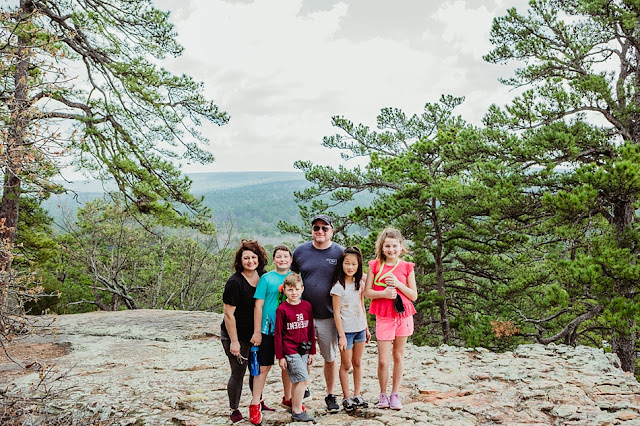 After thoroughly exploring this area we found ourselves at Wallace lake and took a scenic hike along a creek with dams that made little waterfalls!!!  Always on the hunt, Grant chanced crossing the dam wall to get a fishing lure he spotted and brought home as his treasure! 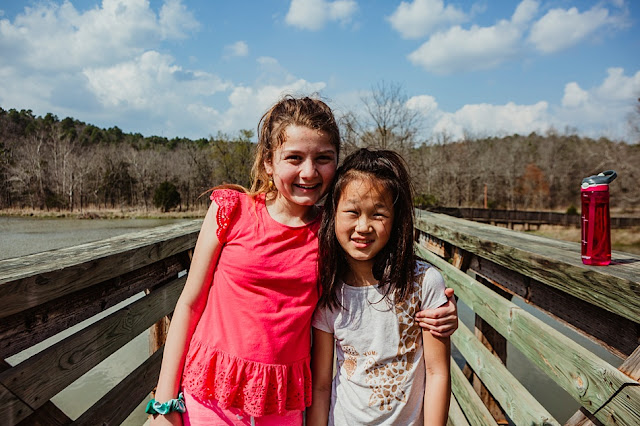 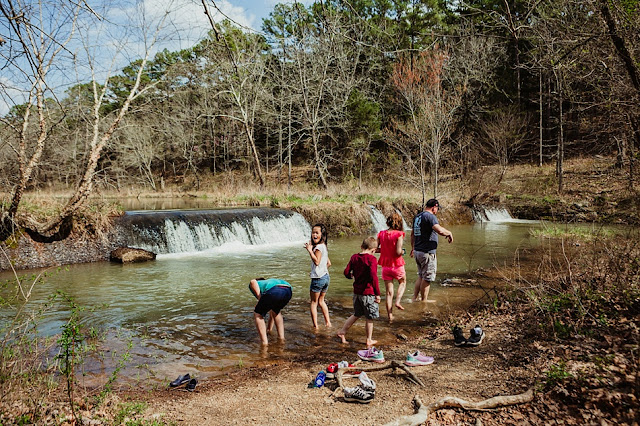 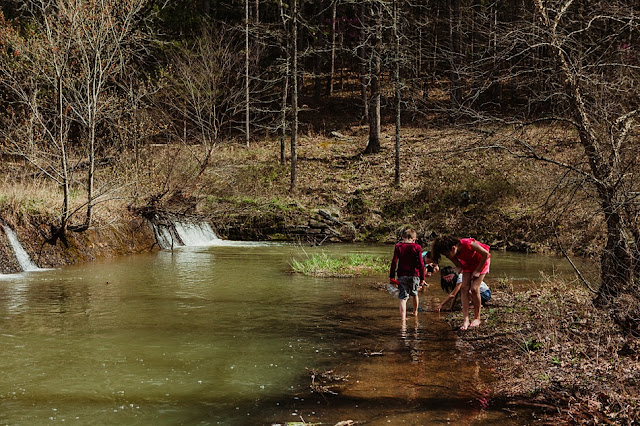 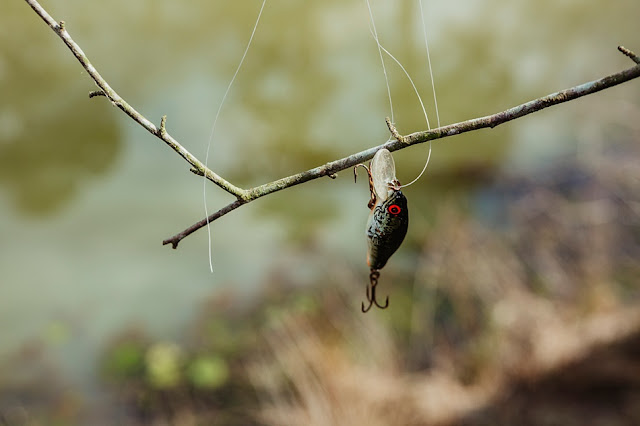 We challenged the kids to make it on a rock in the middle of the creek dry!! They were helping each other as they problem solved the situation. Caroline went first and showed the others how to do it! One of them ended up drenched on the return but I won't call them out here.  The goal was to make it there dry which they all did! 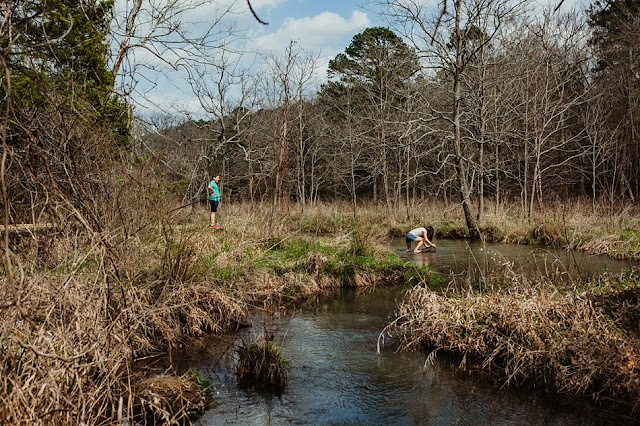 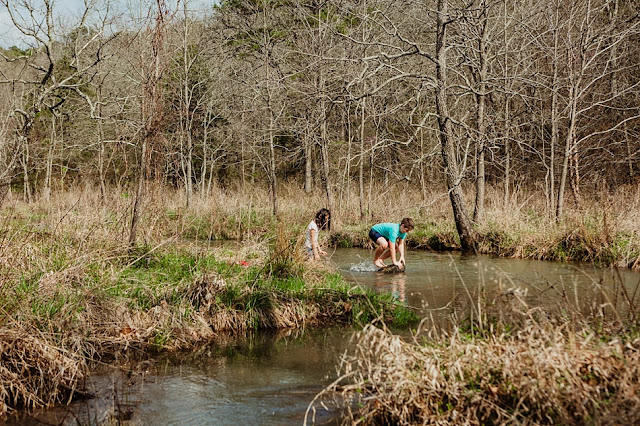 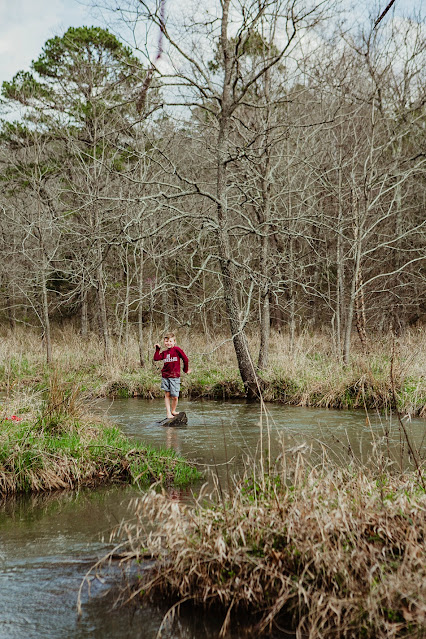 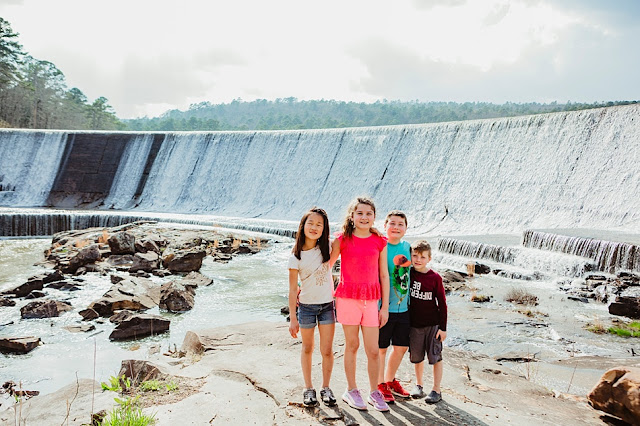 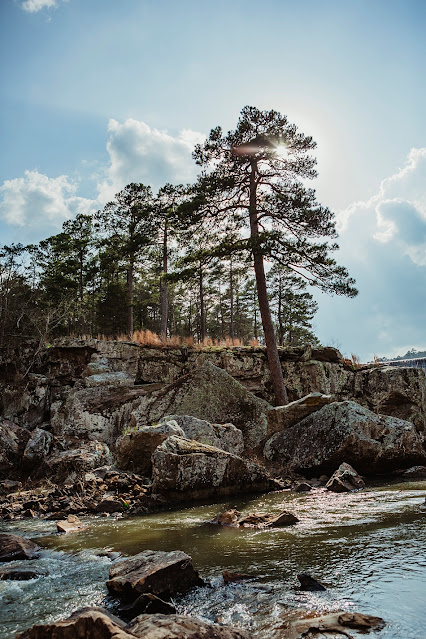 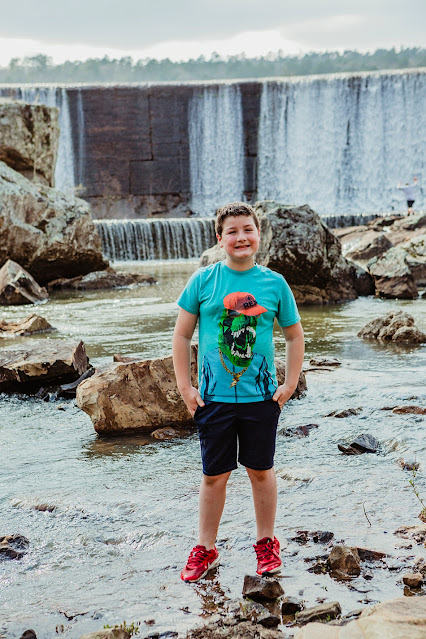 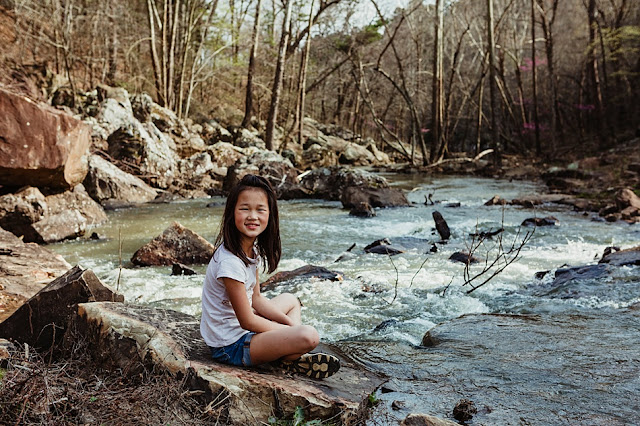 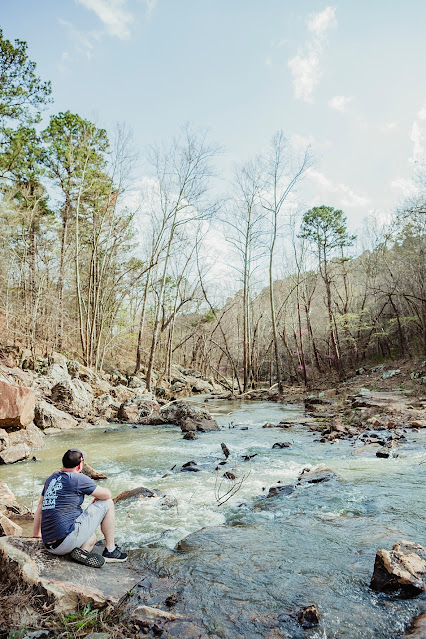 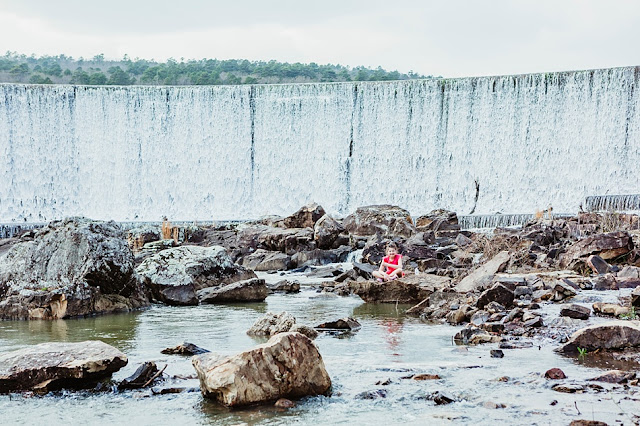 Lastly, we thought we would take a small quick hike before we left on the Belle Starr loop. Not short and not easy and not well marked! Straight down a mountain over rocks the whole way down had me realizing we had to climb back out. Towards the bottom we found the most beautiful natural creek and rocks that made little rapids. But as dark was approaching we started back up.   Quickly though we realized we had missed the trail. So bushwhacking became a reality as we climbed rock over rock through briars to the top. It truly was an adventure!!! 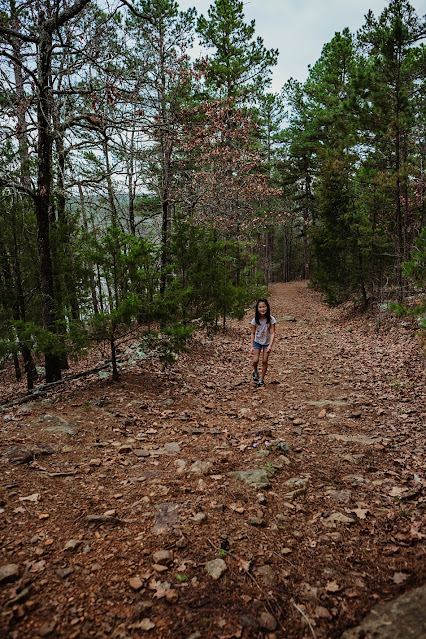 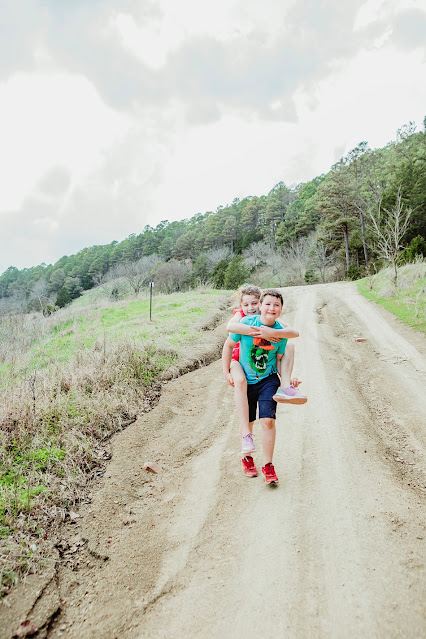 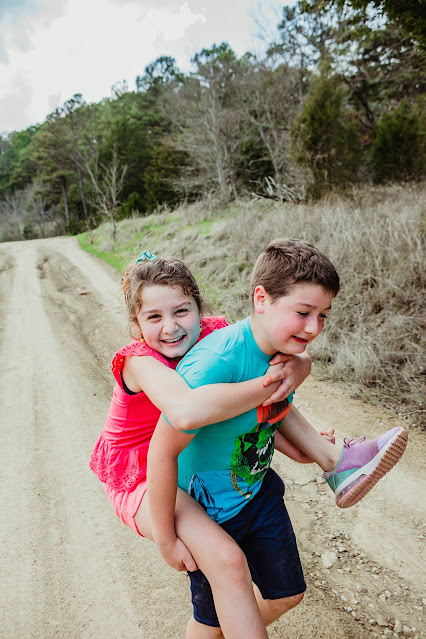 Some of of us struggled to keep up (mainly the person with the camera so no pictures were taken of this brutal challenge) but Grant led the way with Jack always at his side. That boy is growing up to be just like his Dad! Overall, Robbers cave was beautiful and we hope to travel back one day! Memories were made and that was the point of this little getaway. Our babies aren’t so little anymore! 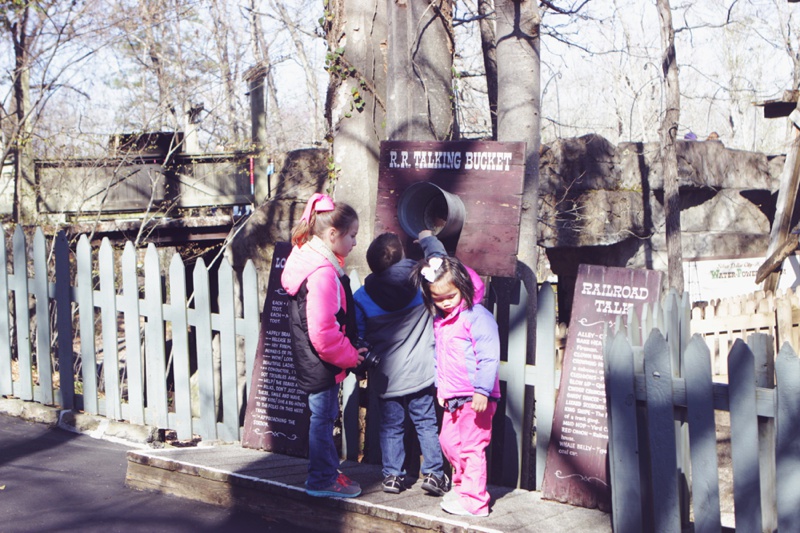 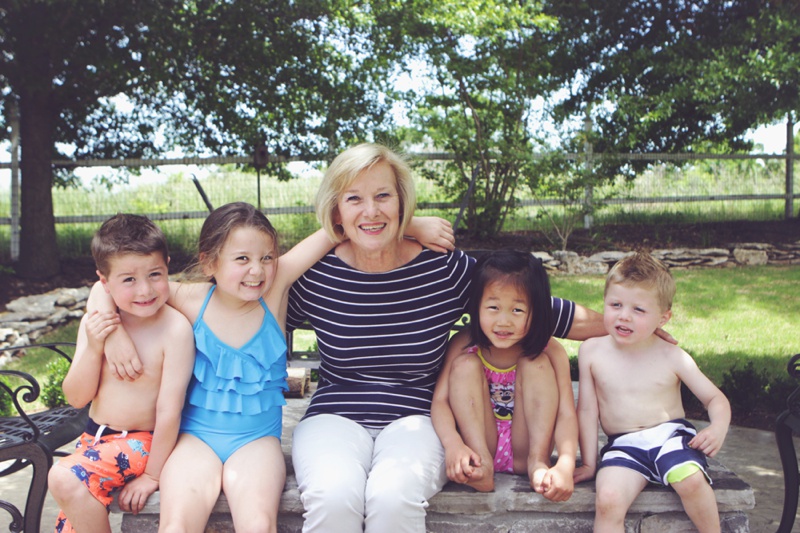 The First First Splash of Summer